Thanks to the many Netent casino slots that you can find online, gambling doesn’t have to be boring by default. Yet it can always be more fun and Netent knows how to prove that with its VR slots. In 2016, the Jack and the Beanstalk VR, one of the most fun video slots, was announced and it proved to be a great success right from the show.

In 2017, the assortment got a little bigger in the Virtual Reality area and that’s due to the announcement of Gonzo’s Quest VR. Again, thanks to a Virtual Reality glasses you can take a look into the wonderful world of Gonzo. The rules of the game are the same as for a regular slot machine.

Still, playing Gonzo’s Quest VR is a lot more interactive and therefore the excitement is also a bit greater. What can you expect from this Netent VR slot when you play it in terms of rules and whether you can use bonuses? We’ll explain all that to you in this review.

In the development of Gonzo’s Quest VR, all the known features have remained available. So you play with the same kind of symbols, only as if they were right in front of you. Combinations can be formed in Gonzo’s Quest VR on 20 winning lines that run from left to right. When spinning for profit, it’s possible to win all sorts of prizes.

Which prizes are these? With Gonzo’s Quest VR slot that depends on the combinations you form and especially on the number of symbols that appear in a combination. Furthermore, there are of course some extras added for you to win. We’ll explain a bit more about that below.

Once playing with the reels of the Gonzo’s Quest VR slot, you will see that just like on the online slot, you will also have to deal with the Avalanche feature. This ensures that winning symbols are removed and therefore new symbols in the image can generate even more combinations. If you manage to form multiple combinations in the main game then prizes can be multiplied up to 5x. Does this work during the free spins mode? Then your winnings will be up to 15 times the prize in Gonzo’s Quest VR. 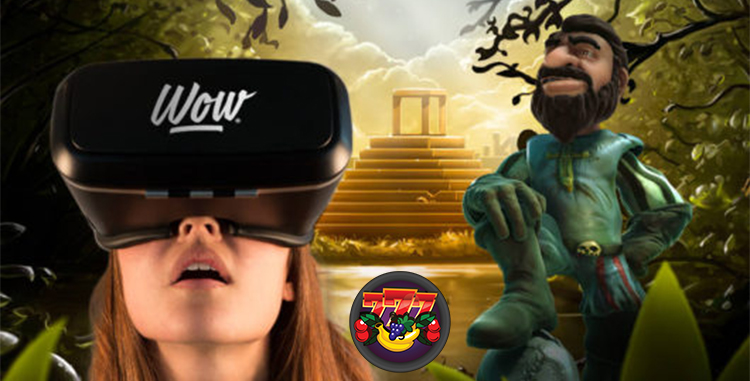 The free spins we’re talking about now can be won with a special Free Fall symbol. What’s more, the Gonzo’s Quest VR slot also has a Wild that can substitute for all other symbols in the game.

Practice for free or play with money

If you want to place a bet on the Gonzo’s Quest VR slot, you’ll have several options. At a Virtual Reality Casino you can first of all play the slot for free. This way you can see what’s expected of you in the virtual gaming environment and with a free balance see how you can form any winnings. 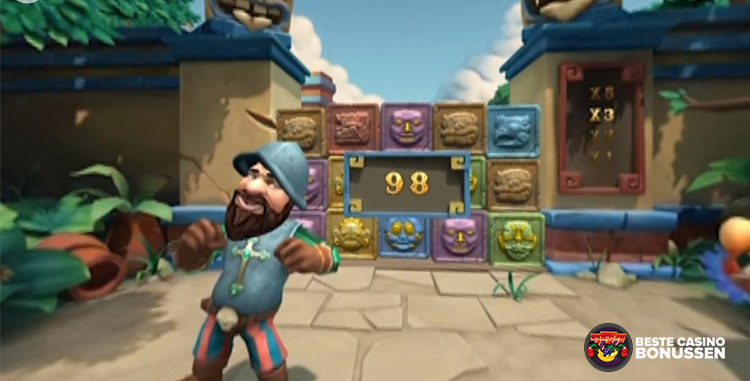