Even if you are a particularly good Poker player, that doesn’t mean you can’t improve your game. You can always learn and perfect your technique.

Especially if you haven’t been playing Poker for long, you can learn a lot, but even more experienced players should keep in mind that they can make mistakes.

In order to know what mistakes are commonly made during the game, we’ve listed the ten most common ones for you so you can try to avoid them. Especially if you want to become a professional Poker player, you should read this article, because it will certainly make you wiser. This article looks at the Texas Hold’em version of the game because it is often played by many gamblers.

It is therefore better not to play with too many hands but just stick to the original one. Return your cards to the dealer, stay calm and don’t let emotions take over. If you remain calm and continue to play, you are acting professionally. Can’t do this? Take a break and come back to play later.

Putting too much value on the cards you have

The second common mistake is that players sometimes attach too much value to the cards they hold. A given hand may not be too good anyway (giving you a slim chance of winning) but it certainly depends on your opponents whether you gamble to play or pass. This often leads to bluffing, but when the cards are shown, your opponent often turns out to have better ones, and he or she wins anyway.

Bluffing can go a long way, but if your opponent is aware of this, it will more often than not lead to a loss on your side, simply because you overestimated the value of your cards.

Making a decision too quickly without thinking it through

This hardly saves any time and this way you don’t hold up the game. Waiting too long can become annoying for the other players and hinder the smooth progress of the game, but a few seconds doesn’t matter at all.

Mistake number four is players picking the wrong table to play at. Especially if you’re a beginning Poker player going to a casino, it won’t be easy to pick a good table where you sit down to join in. If your main goal is to win at Poker, it’s important that you choose the right table where you can actually win. Of course you’d like to participate in the game as soon as possible, that’s why you’re here. But if you really want to win, spend some time choosing the most suitable table before you start. That’s also part of Poker.

More about Poker’s most common mistakes 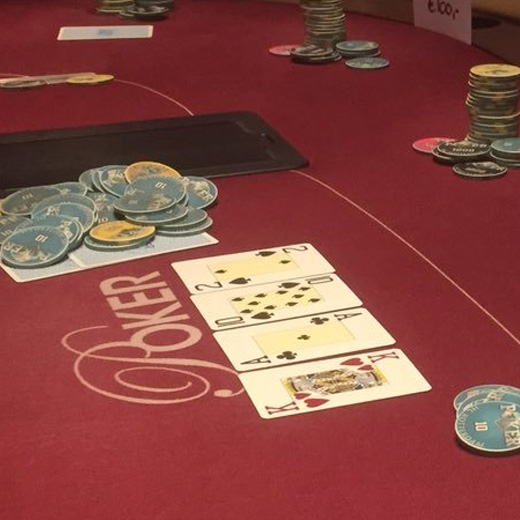 Poker at the Casino 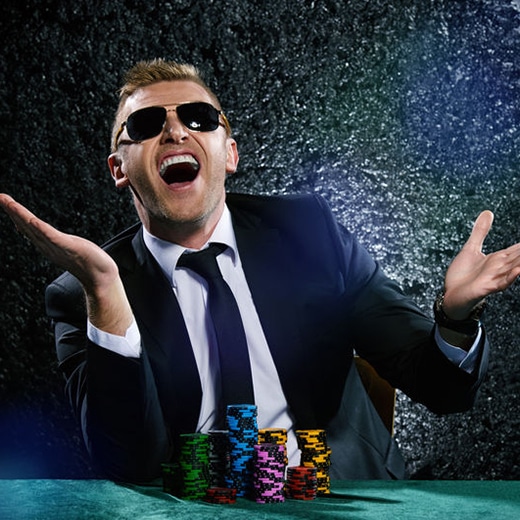 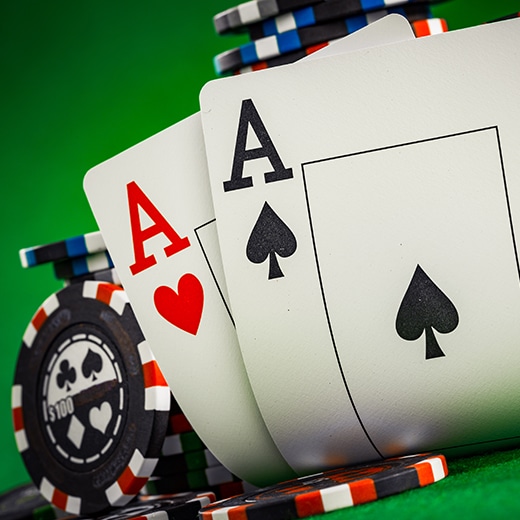 When to go all-in at poker? 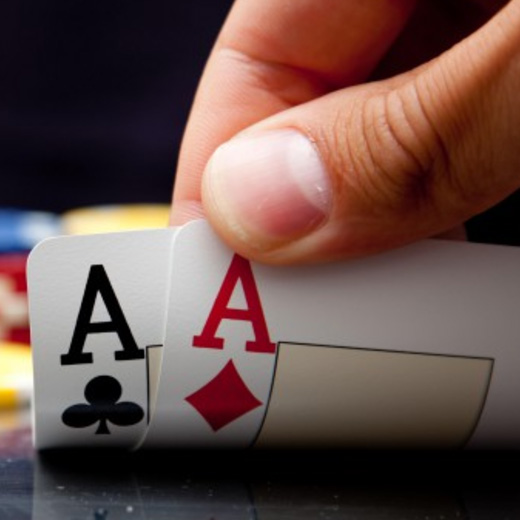 Not thinking about what other players have in their hands

The next mistake made is that people don’t think very carefully about what kind of cards the other players may have in their hands. As a player you should, of course, take a good look at your own cards and decide what to do, but it is certainly important that you assess what someone else has. Take a good look at how your opponents play and what their results are from previous rounds. This way you will know better how to assess them and after a while you will also learn whether they are bluffing or just have really good cards if they keep playing. This is not always easy to learn but it pays off.

Letting the emotions take over

Getting too emotional during the game is never a good thing. Of course, this applies not only to Poker but also to other games. Of course it’s an exciting game to play but don’t let your emotions get the better of you when making choices because they rarely work out well. Try to keep an eye on when the emotions take the upper hand and then take a break. If you know when it gets too complicated, it is smart to stop. When you are calmer again, you can simply start playing again. Which will definitely be more beneficial for you.

Relying too much on statistics

The next mistake is that people rely too much on statistics. If you study them well, you sometimes know what people will do in certain situations. However, this remains theory because people are as changeable as the weather and can also make choices that you do not expect and that contradict all statistics. Therefore, don’t let the statistics alone determine how you play.

Sticking to the original tactics too much

Many players start the Poker game with a plan they have made and stick to it. There is nothing wrong with that, but it is important that you look at your opponents during the game and adjust your tactics accordingly if necessary. Sticking to your own tactics as much as possible is of course fine, but sometimes the situation calls for something else. Therefore you should adapt your tactics in such a way that you have a better chance of winning.

Not having a good money management

If you are going to play a game at the casino then it is important that you know in advance how much money you can and want to bet. If you are only going to gamble for fun for an evening then you may not spend much but a professional gambler should definitely have a good management of the money involved in the game. Make sure you stick to your budget and don’t over bet or even use money you can’t afford. Don’t try to offset large losses as this will usually cost you even more money. With all the consequences of that.

Not wanting to learn new strategies

The last mistake is about learning new strategies. Once you’ve managed to win quite a bit with the game of Poker, people tend to always use the same tactics because they seem to pay off. However, this is not the best choice because, as a Poker player, there is always room to learn and it is better to keep your knowledge up to date than to persist in a certain tactic. You can always improve your game to increase your chances of winning.

Recognize mistakes and avoid making them yourself

Are you an avid Poker player? Or would you like to master the game even better? Then perhaps you’ll recognize these mistakes in yourself and now you know what to look out for. Everyone makes mistakes and that’s only human, but if you recognize them and see what you can do about them, this can only be positive for you.