The Coronavirus is leaving ugly traces in many fields. Despite the help from the government through all kinds of good regulations, it seems impossible for many companies to continue in the same vein.

Holland Casino has not escaped this either. Meanwhile, the country is in the severe lockdown and Holland Casino had to close the doors of all its fourteen branches for the third time this year.

After parliamentary questions to State Secretary of Finance Vijlbrief, it emerged that the staff of the state-owned gambling company must fear forced layoffs. The management says that within the framework of a restructuring, the dismissals are unavoidable. However, the management is going to try to avoid compulsory redundancies as much as possible.

Much support from the government in the corona crisis

Since the outbreak of the pandemic, the government has set up all kinds of support funds that companies can use. This is to ensure that companies do not go under and that the staff can keep their jobs. Holland Casino received 55.8 million euros in support from the government. They made use of the NOW scheme for this purpose. Also, the profits of 2019 did not have to be paid to the state but could be used to absorb the losses. 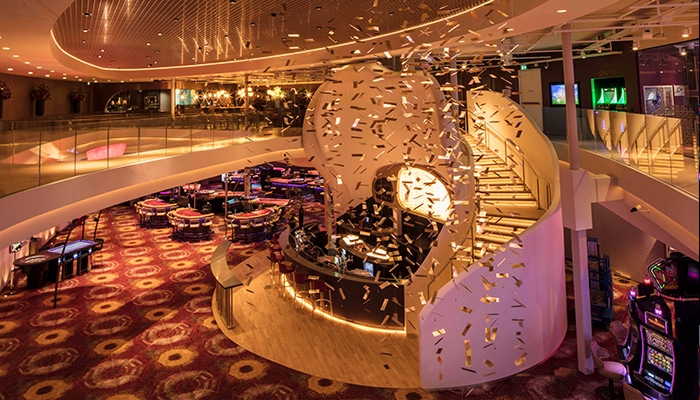 Sponsorship of Eredivisie is at odds with layoffs

There were quite a few questions in the room about the news of the dismissals and how it relates to the sponsorship of the Eredivisie announced last month for the coming season for an amount of 32 million euros. The deal with the Eredivisie is confirmed by Vijlbrief and Holland Casino.

Vijlbrief and Holland Casino emphasize that no salary support will be spent on the deal. It will be paid from a marketing budget. However, the deal is still before Vijlbrief, who as the only shareholder must give his approval. Whether the parties can get away with it that easily is the question. Why not just use that marketing budget to make sure people keep their jobs? Isn’t that a better use of that money?

Somehow it seems that the NOW support is being used to sponsor the Eredivisie after all. The question is, of course, whether Holland Casino, without state support, would have immediately laid off staff or whether they would have first used part of the marketing budget to let people keep their jobs. All in all, it feels a bit odd.

The corona crisis hits Holland Casino hard. Over 4,000 people work at the state-owned gambling company. At the moment they are working hard on the future plans. An online branch of Holland Casino is also planned. It is expected that the sponsorship of the Eredivisie will be focused on this, the online casino of Holland Casino to the man. About the future of the staff, the management is cautious:

“We are still holding constructive discussions with the works council and the trade unions about this in the coming weeks. We will do our utmost to first of all limit the loss of jobs as much as possible.”

The company will first engage in discussions with the unions and the Works Council. The company expects to be able to report more in mid-January.