Advantage for the players

Since you can see the dealer’s first two cards, different rules apply to this game so as not to make it too easy for the player. Of course, the casino you’re playing at also needs to make a profit. For example, if you have blackjack at this game, your bet is doubled only once, instead of one and a half times. The dealer does not necessarily have to stop after he has seventeen or more points in his hand.

It is up to the specific rules of individual casinos or hotels whether he stops at seventeen or buys another card. In addition, the dealer wins all ties except blackjack, and you cannot buy insurance against the dealer’s blackjack or surrender your hand, since you can both already see the first cards. If the dealer has between thirteen and sixteen points, two cards with values of ten points are automatically split, and if the dealer has twenty points, you must have at least one hard nineteen points.

Some places have additional rules to reduce doubling and splitting. Sometimes casinos choose not to allow doubles after splits, or not to allow both doubles and splits at all. In any case, the rules vary from casino to casino. So it’s very important with this game that you read the rules carefully before playing Double Exposure at any location. Even between casinos in the same city in the United States the rules can be significantly different, as they all use a different method to keep the house edge. Holland Casino does not offer this game. 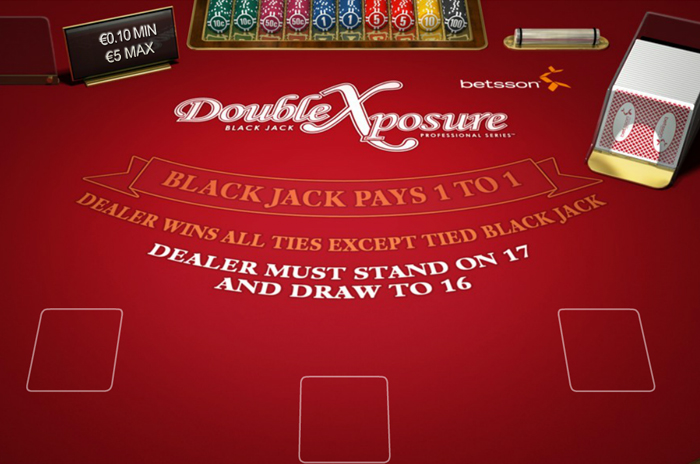