There is also an additional sidebet to play at Double Attack. This bonus game is known by several names, namely Bust It!, Bust Out, or Buster. One difference from regular Blackjack is that this game uses 8 Spanish decks of cards. A Spanish deck consists of 48 cards, as the tens are removed from the deck. The rest of the values are the same.

This game goes by the normal rules of the game. However, there are a few exceptions. 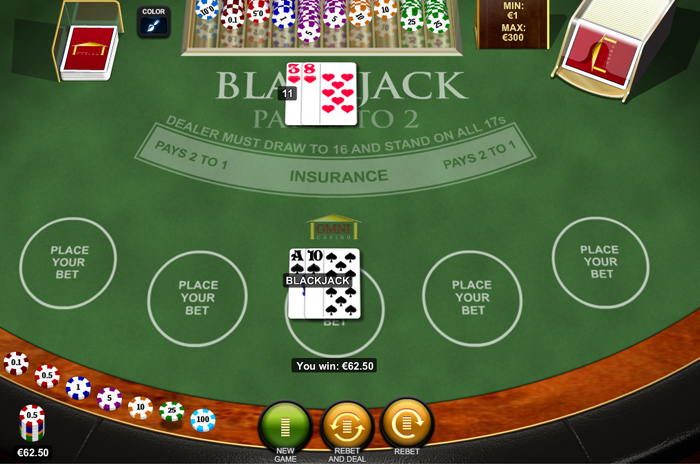 In the Bust It sidebet, you can place an additional bet equal to or less than the original bet on the chance that the dealer will bust with three cards, i.e. that he will go over 21 points. If you bust or get blackjack before this happens, the dealer plays the third card to see if the sidebet is won. If the dealer wins or fails to bust, you lose the side bet. If the dealer busts with more than three cards, different rules apply.

Finally, you can win extra if the dealer busts with an eight as the third card and another eight in his hand. If the eights are both red or black, your winnings are doubled 50 times, and if the eights are the same suit, say, both eight of spades, your bet is doubled 200 times. However, according to some sources, these last two rules only apply if the dealer has three eights, not two.